From Kartarpur Sahib to Jamrud Fort, the Sikh Heritage Sites in Pakistan and Relics of the Lahore Durbar 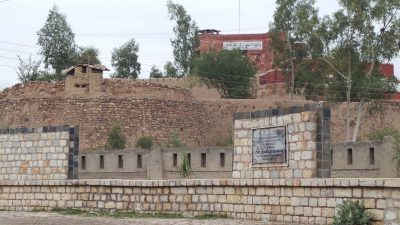 Time: 5.30 for 6.00pm. Please note the earlier than usual start time.
Venue: High Commission for Pakistan, 36 Lowndes Square, London SW1X 8JN
Admission: This event is open to Members of The Pakistan Society and their guests.
RSVP: Please ensure that you register your attendance via the website for security and catering purposes. REGISTER HERE

Please note: You may book only for yourself and two guests (a maximum of three in total). You will be asked to fill in the name of the person each place is for, including your own. You will receive an email confirmation of your places but no physical tickets will be issued.

Mr Singh will present: From Kartarpur Sahib to Jamrud Fort, the Sikh Heritage Sites in Pakistan and Relics of the Lahore Durbar. 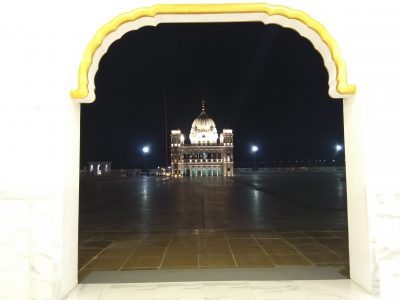 Mr Bobby Singh Bansal‘s presentation covers important Sikh sites for tourism potential in Pakistan, especially in the Khyber Pakhtunkhwa province associated with Sardar Hari Singh Nalwa. The talk will include unseen pictures of remote forts and royal mansions (havelis) built by General Nalwa and nobles of the Lahore court that are inaccessible to the public. The presentation will continue with historical structures of Maharaja Ranjit Singh and his powerful courtiers that served at the opulent court of Lahore in the early 19th century. Bobby Singh Bansal has spent 30 years promoting Sikh heritage and tourism in Pakistan. His work includes the restoration of Sikh structures in Pakistan since 2003. In 2019, he installed a life size statue of Maharaja Ranjit Singh in the Lahore Fort to promote Sikh heritage and tourism. 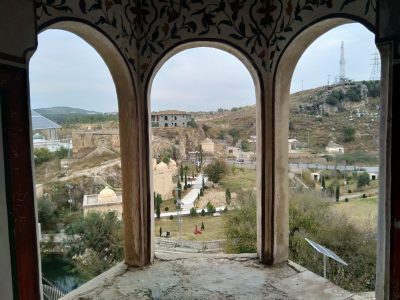 Bobby Singh Bansal is a British born award-winning writer, historian and documentary filmmaker. He is the author of The Lion’s Firanghis – Europeans at the Court of Lahore (2010), which charts the lives and careers of European mercenaries who served at the opulent court of Maharaja Ranjit Singh in the early nineteenth century and Remnants of the Sikh Empire – Historical Sikh Monuments in India & Pakistan (2015). His documentary films include, the poignant The Sikhs of Kabul – A Forgotten Community (2012), which won an award at the Guanajuato Film Festival, Mexico, 2013. This was followed by The Road to Mandalay – The Burmese Sikhs (2014) and Legacy of the Sikh Empire (2016). His other works include being part of the film The Black Prince (2017), based on the tragic life of the last king of Punjab – Maharaja Duleep Singh. His notable work in the preservation and restoration of Sikh structures in Pakistan have been officially recognised by various institutions, organizations and government agencies in Pakistan. His forthcoming documentary film The Sikhs of the Caribbean, is due to be released in 2020 along with his latest publication, The Punjab Chiefs – The Lost Glory of the Punjab Aristocracy in Pakistan.